What is adx average directional index

ADX for short, is another example of an oscillator. It fluctuates from 0 to 100, with readings below 20 indicating a weak trend and readings above 50 signaling a strong trend.

Unlike the stochastic, ADX doesn’t determine whether the trend is bullish or bearish. Rather, it merely measures the strength of the current trend. Because of that, ADX is typically used to identify whether the market is ranging or starting a new trend.
Take a look at these neat charts we’ve pulled up: 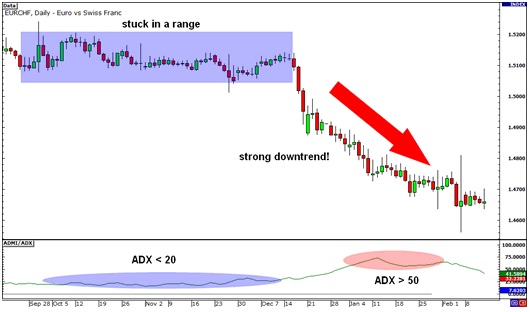 In this first example, ADX lingered below 20 from late September until early December. As you can see from the chart, EUR/CHF was stuck inside a range during that time. Beginning in January though, ADX started to climb above 50, signalling that a strong trend could be waiting in the wings.

And would you look at that! EUR/CHF broke below the bottom of the range and went on a strong downtrend. Ooh, that’d be around 400 PROFITs in the bag.

How to Trade Using ADX
One way to trade using ADX is to wait for breakouts first before deciding to go long or short. ADX can be used as confirmation whether the pair could possibly continue in its current trend or not. Another way is to combine ADX with another indicator, particularly one that identifies whether the pair is headed downwards or upwards. ADX can also be used to determine when one should close a trade early.
For instance, when ADX starts to slide below 50, it indicates that the current trend is losing steam. From then, the pair could possibly move sideways, so you might want to lock in those PROFITs before that happens. 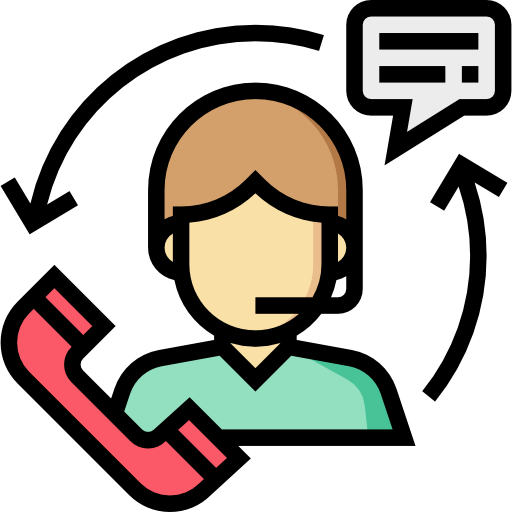